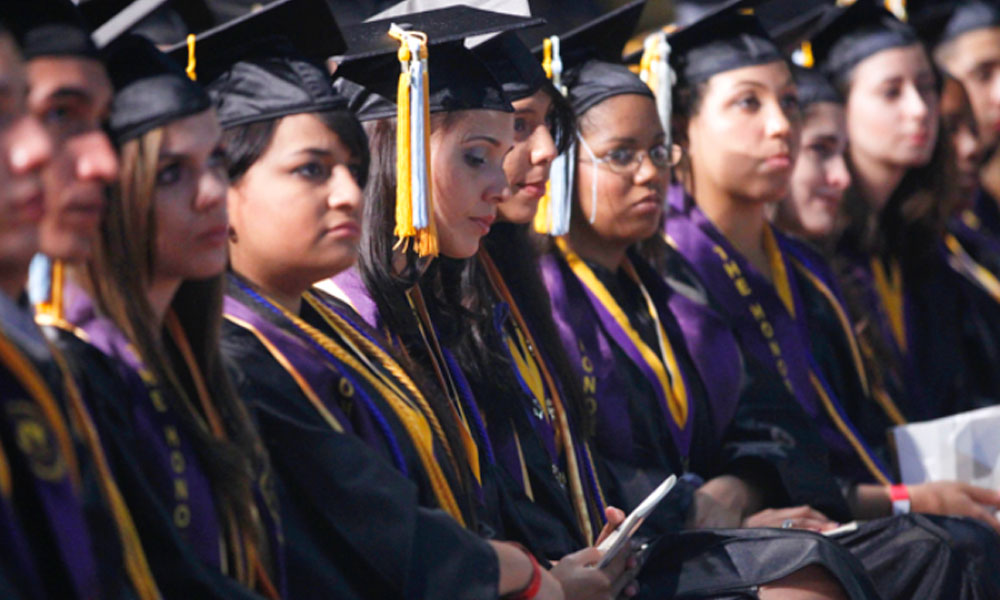 In Education, KP_opeds, Op-Eds
By admin
Share on FacebookShare on TwitterShare on Linkedin

We’re in the midst of yet another electrifying March Madness basketball tournament, a time of year when even the most causal fans awaken to the richness and diversity of American colleges and universities. Suddenly Americans become devotees of schools we’ve never heard of and root for underdogs that seem hopelessly outmatched. We celebrate mascots of random Midwestern schools and cheer small-conference upstarts as if we have personal stakes in their success. Contained within this annual basketball pageant is a reflection, albeit an increasingly commercialized one, of the values for which American colleges stand: that any student and any team can succeed if they work hard enough.

But the mood is less celebratory on many campuses these days, where professors, and administrators face a different form of March madness. Deep concerns spread across American colleges and universities about ways that cuts to popular student programs, elimination of funding for vital research, travel bans, and a host of other changes advocated by the Trump administration will severely curtail American higher education as we know it.

For instance, President Trump’s “America First” budget proposes to eviscerate funding for popular grant and loan programs that help make college affordable for middle- and lower-income American families. Among other devastating cuts, Trump recommends a $9.2 billion reduction to the Department of Education that would severely curtail Pell grants and other forms of aid deigned to help students from families that earn less than $40,000 a year. In the 2014-15 academic year alone, 88% of the student body at New Mexico State University and 80% of students at Texas A&M received Pell funding, as but two examples. Trump’s proposed budget would also eliminate Federal Supplemental Educational Opportunity grants and severely curtail Federal work/study and a host of programs designed to aid low-income and first-generation students, and help these students prepare for college before they arrive.

Schools across the U.S. depend on these kinds of initiatives to diversify their student bodies in important ways, and to open college classrooms to students from across the American economic and cultural spectrum as a result. At universities like Vanderbilt where I teach, Federal programs help diverse populations of students go to college and build better futures—and particularly students whose families might otherwise be unable to pay for tuition, room, and board.

The cuts Trump proposes seem almost surgically aimed at making public higher education unattainable for all but the wealthiest students while promoting trends that limit college to a luxury for the well off. In a particularly nasty twist, the President also revoked rules that barred student debt collectors from charging high fees on past-due loans.

The President’s budget would also severely curtail vital forms of innovation that colleges and universities provide to society at large. Massive cuts to basic medical and scientific research, including an 18% cut to the National Institutes of Health, would mean dramatic reductions to university championed research on cancer, H.I.V., Ebola, diabetes, maternal mortality and a host of other diseases and conditions. A 20% cut to the Department of Energy’s Office of Science and massive cuts to the Environmental Protection Agency would make it virtually impossible for many U.S. universities to support research on topics ranging from weather instability to the effects of toxins in the air. And the proposed elimination of the National Endowments for the Humanities and the Arts would yield far fewer faculty and student programs in these important areas.

Meanwhile, the President’s travel bans and caustic nationalistic rhetoric have already led to dramatic reductions in international applicants to U.S. colleges and universities. At an intellectual level, fewer international students means diminished global and ethnic diversity in college classrooms, dormitories, sports fields, and other sites that aim to broaden student perspectives about citizenship and cooperation. For this reason, leaders of nearly 50 top U.S universities signed a letter warning that the travel ban kept top scholars away from their campuses and lessened their institutions’ abilities to attract “talented people to our shores and inspire people around the globe.” At practical levels, decreasing numbers of international undergraduate and graduate students mean reduced tuition income, diminished expertise in scientific, medical, and engineering fields, fewer university-held patents, and a host of other untoward consequences.

Critics contend that drastic Federal cuts are needed, and that college is in any case overpriced. Yet such criticisms overlook ways that the proposed cuts and bans will effectively force most colleges to raise tuition while disproportionately affecting lower-income and minority students whose grace and aptitude register in classrooms rather than on basketball courts. These changes also threaten the many valuable contributions that U.S. higher education makes to the reputation and influence of our great nation.

Such concerns should take nothing away from our enjoyment of a tournament that stirs yearly passions about college. But beneath the bracket debates, the pomp, and the face painting, one cannot help but feel inquietude about looming threats to what college represents—a place of excellence and opportunity at the core of our national ethos and a promise we afford to next generations. Go college! we might yell at our television sets and computer screens as our teams rise and fall. But when the cheering subsides and the teams go home, the time will soon arise to stand in support of the American college dream.