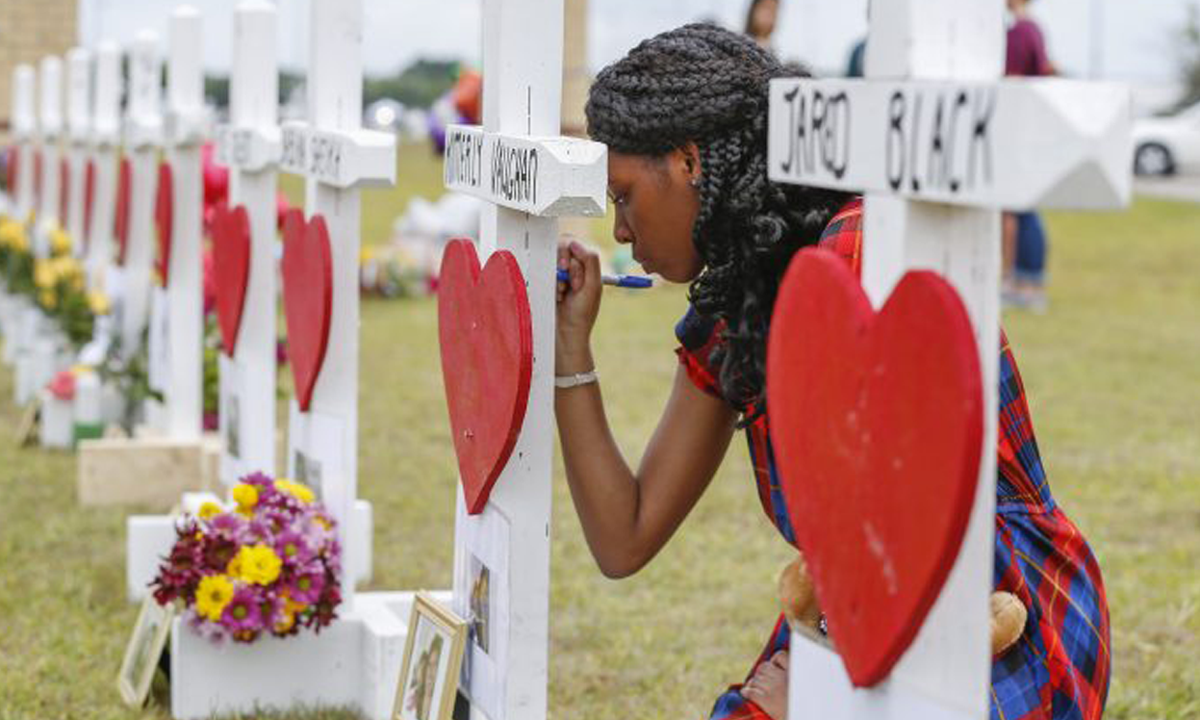 In Articles, authored, Guns and Violence in America, Mass Shootings, School Shootings
By admin
Share on FacebookShare on TwitterShare on Linkedin

Speaking just days after a 17-year-old student killed eight classmates and two teachers at Santa Fe High School in Texas, incoming National Rifle Association (NRA) president Oliver North blamed mass shootings on a “culture of violence” in which many young boys have “been on Ritalin” since early childhood.

Dan Patrick, the pro-gun Lt. Governor of Texas, then invoked the pathologies of culture while laying culpability at the feet of “abortions,” “broken families” and “violent video games”—the latter he falsely claimed was backed by a “vast majority…of psychologists and psychiatrists.”

From a psychiatric perspective, this is nonsense. Not only do these claims play to stereotypes rather than to real-life facts, but Ritalin has no link whatsoever to shootings or mass-violence, and few mental health experts support the spurious claim that video games make people more violent in real life. The NRA’s continued invocations of mental illness and psychiatry are a blatant attempt to deflect real conversations about the best ways to prevent future shootings. This approach has, until recently, laid the blame for the epidemic of American gun death on “the mentally ill.” They now shift the culpability from the mental health of individuals to the “culture” that allegedly generates them.

As any psychiatrist will tell you, claims that “culture made him do it” are pathways to nowhere from a prevention standpoint. Should we stop prescribing psychotropic medications for patients who need them, or keep children away from video games? These assertions are as impractical as they are nonsensical—except when viewed as part of a larger NRA strategy that promotes guns as weapons that safeguard, not just personal safety, but particular cultural values. Chris W. Cox, the NRA’s chief legislative lobbyist, claims that the NRA works to “fix cultural rot.” NRA CEO and Executive Vice President Wayne LaPierre argues that guns are needed to ward off “terrorists and home invaders and drug cartels, car-jackers and knock-out gamers, rapers” and “haters.” Here and elsewhere, claims of spreading cultural pathology are used to justify the sale of ever-more guns, while casting gun owners as armed guardians against social change—rather than in any way promoting constructive conversations about actual policies or practices that might limit gun injury and death.

The invocation of cultures of violence and insanity also perpetuates highly problematic stigmatizations and stereotypes—that persons with mental illness are “ticking time bombs,” for instance, or that particular “cultures” are prone to violence. Once again, the effect is to divide Americans into us-versus-them camps, rather than to work towards a place of mutual understanding that may allow us to seriously debate policies that might prevent future mass shootings.

Perhaps most important, these types of stereotyped assumptions undermine what should be the larger value of mental health expertise in relation to the never ending cycle of violence that mass shootings have come to represent. Ideally, psychiatry can help people process communal trauma and the senseless loss of life. It can also help America ask hard questions such as “why do we need so many guns in the first place?,” and “what should we do to build more trust among one another?” By so doing, mental health expertise could be utilized in a way that the NRA might find truly terrifying: it could help us step back from the highly polarized conversations surrounding guns in America to allow people of differing ideologies to, respectfully, find common ground.

Photo Caption & Credit: Santa Fe High School freshman, Jai Gillard writes messages on each of the 10 crosses in front the school Monday, May 21, 2018, in Santa Fe. Gillard, was in the art class Friday morning, knew all of the victims of the shooting. Texas Governor Greg Abbott has called for a moment of silence at 10 a.m. and came to the school to participate. (Steve Gonzales/Houston Chronicle via AP)