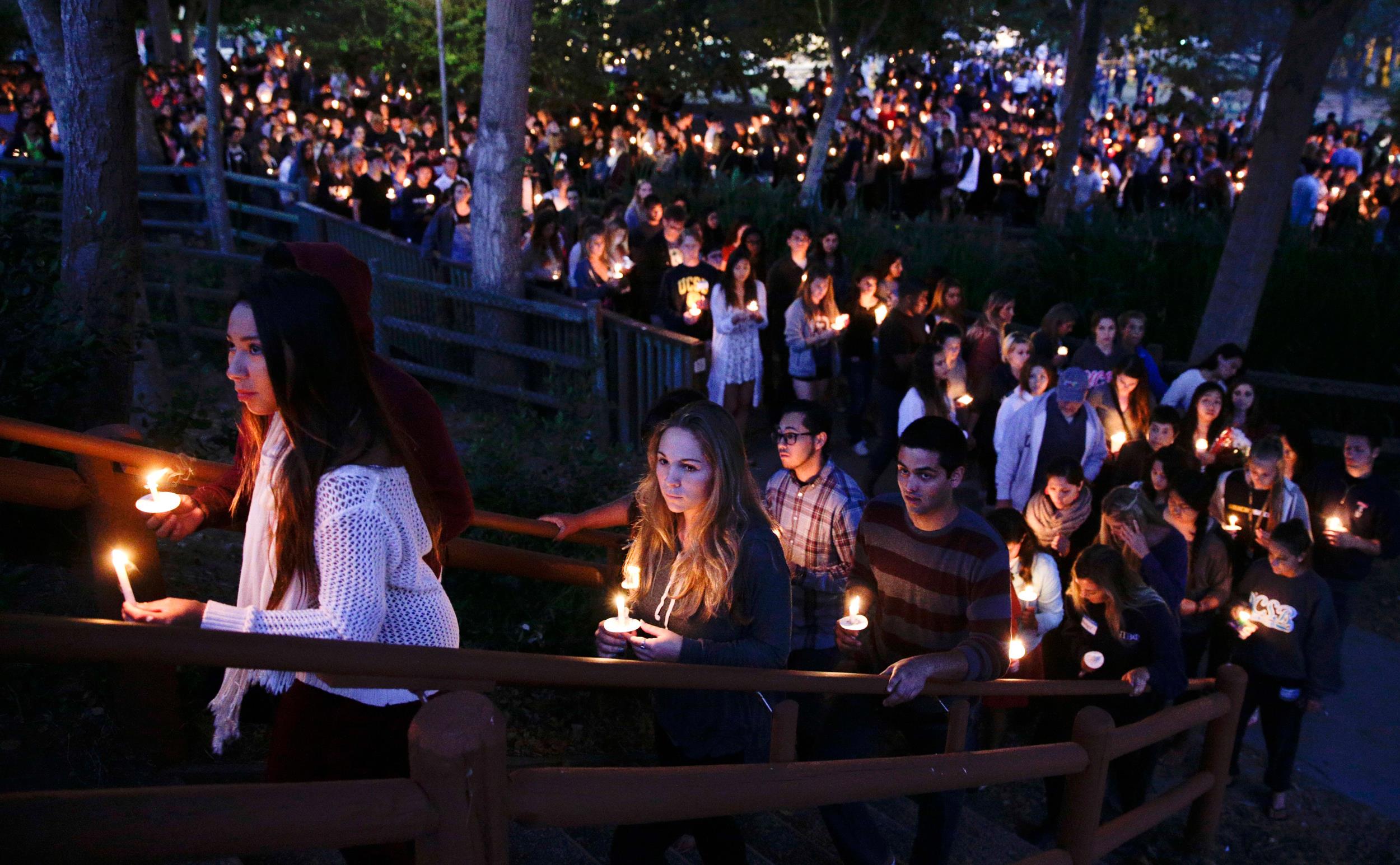 OP-ED: When shootings happen, gender must be discussed | MSNBC

The male gender has all too frequently functioned as the white elephant in the room when it came to understanding mass shootings in the United States, even well before the horrific killing spree in Isla Vista, California late last month. Not that we lacked for evidence linking men to mass shootings. Nearly every known mass shooter in the past 30 years has been male.

Being male is also a known risk factor for shooting yourself or someone else; the firearm suicide rate among men is six times that of women. Meanwhile, recent research on men who have committed mass murder in the United States suggests that failure to attain the “hegemonic masculine ideal”—the notion that male privilege “has been damaged or denied them, yet that they feel entitled to as males in American culture”—lies behind an exceedingly high number of such crimes.

Yet this seemingly self-evident correlation between male gender, hegemonic whiteness, and gun violence was frequently pushed to the background in many of public conversations held in the aftermath of mass shootings.  Instead, we explained mass shootings through narratives that focused on such factors as mental illness, mental health policy, or the ready availability of guns.

Something always felt incomplete, to me, about these explanations. That something became unavoidable once Rodger’s rambling video and 141-page manifesto circulated and went viral.

In his construction, the alleged shooter longed to be “a magnificent gentleman” worthy of having sex with a “beautiful girlfriend,” a “blonde.”  And when he did not get these things, the women and sex he felt he deserved, he lashed out at the objectified objects of his desires—first in his twisted fantasy world (“All women must be quarantined like the plague…”), and then, all too tragically, in the real world of bullets and blood and lost lives.

Taking him as his word, the alleged shooter mistook women for objects and intimacy for conquest; constructed himself as the victim (“I am the true victim in all of this”); and acted with rage when he imagined himself thwarted by what he felt he deserved.  By framing his killings through a gendered, racialized sense of entitlement, Rodgers thereby came to stand in for a much larger pool of violators, and his manifesto suddenly gave voice to numerous other shooters and abusers motivated by similar forms of male entitlement.  His crime, in other words, became metaphoric of a much larger culture of violence, justification, and disavowal.

Jonathan Metzl on Melissa Perry-Harris: 5.31.14, Was The Vista Isla Rampage An act of Terror?

Trauma psychologists use a term called“alexithymia”—literally, “no words for emotions”—to describe a psychological defense mechanism in which abused persons cut themselves off from their own emotions as a protective way to avoid fully recognizing the impact of abuse. Yet after the Isla Vista shootings, women and men from around the world—survivors or not—offered nothing short of a global chorus of protest and release through the #YesAllWomen hashtag,blogs, and mainstream news outlets. They forced those paying attention to consider the possibility that the Isla Vista shooting and some others before it were not just isolated incidents, but instead instances of what media critic Jennifer Pozner calls gender-based hate crime.

It is vital that we bring this awareness into our conversations about (and coverage of) mass shootings. The gender frame shifts our response to these unimaginable crimes from answers based solely in particular shooters’ individual brains to answers that explore the broader cultures, and cultural values, from which these shootings emerge.

This frame in no way makes individual psychological explanations irrelevant. To the contrary, it helps us better understand the social contexts in which shootings occur and, all too frequently, reoccur.

Addressing mass shootings as gender crimes also potentially opens a much wider critique of some of the underlying factors that make reasonable people on all sides of the political spectrum increasingly uncomfortable with gun proliferation in the United States. We hear stories about open-carry men armed with SKS rifles threatening patrons in Chipotle restaurants in Texas, or waving handguns at parks in Georgia where children play baseball while shouting, “I got a gun and there’s nothing you can do about it,”or brandishing semi-automatic rifles and scare Jack In The Box employees so badly that they hide in a walk-in freezer.

These and countless other instances link gun ownership not with protecting self, family, or country, but with performing a particular type of entitled masculinity. From the perspective of gender, these stories are unsettling because they present guns in ways that enact and reinforce some of the most unattractive aspects of male anxiety, and that depict guns as nostalgic, prosthetic replacements for lost power, potency, or respect.

In this sense, #YesAllWomen may have opened up an important new avenue of conversation in our national debate about guns and gun violence. That conversation has largely centered on questions regarding access to actual guns—and on these points many reasonable people might yet agree to disagree.  Yet as #YesAllWomen clearly demonstrates, it’s not just the proliferation of guns that are the cause for concern—indeed, many women advocate gun ownership, and mass shootings beget wholly understandable concerns about self-protection.

Perhaps that discomfort also arises from the proliferation of models of masculinity that depict guns as suitable tools to respond to gendered anxieties and concerns.